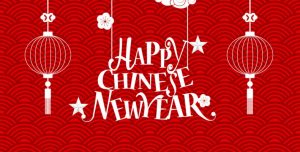 Also known as the Spring Festival, Chinese New Year is an important Chinese festival celebrated at the turn of the traditional lunisolar Chinese calendar.

It is one of the world’s most prominent and celebrated festivals, with the largest annual mass human migration in the world.

Windows and doors are decorated with red colour paper-cuts and couplets with popular themes of “good fortune” or “happiness”, “wealth”, and “longevity”. Other activities include lighting firecrackers and giving money in red paper envelopes.

Chinese New Year is observed as a public holiday in a number of countries and territories where there is a sizable Chinese population.

During the festival, which lasts fifteen days, people will prepare different gourmet foods for families and guests. Influenced by the flourished cultures, foods from different places look and taste totally different. Among them, the most well-known ones are dumplings from northern China and Tangyuan from southern China.

It’s always so interesting to me to research and discover the meanings behind different cultures. If you celebrate Chinese New Year, we wish you a joyful time and much success!

This is a remarkable family story of altruism, survival and faith based values. From immigrant to international entrepreneur, meet Roy van Broekhuizen, Chairman and CEO of Laga Designs International, Inc. Born in Jakarta, Indonesia in 1948, he left with his family November 1957 at the age of 9 to the Netherlands. Four years later (1961) the van Broekhuizen family immigrated to the USA via Dutch ship "Maasdam" from Rotterdam and landed in New York in November of 1961. Initially the family lived in the Portland, Oregon area. Roy went on a soccer scholarship to Lewis & Clark College 1970-1972. Roy kept his Dutch citizenship for all the international travel that he does. “I have always wanted to serve in Indonesia and since January 2005 I have been working in the tsunami area of Banda Aceh, Sumatra, Indonesia, I have been back and forth LA to Indonesia 33 times since January 2005." His company, which was founded with his wife Louise in August 2006, manufactures and distributes handmade handbags and accessories handcrafted by tsunami survivors of Aceh province in Sumatra. It provides a wonderful place and secure future for the victims of the tsunami disaster. Their lives are being rebuilt as they craft the handbags for the international markets. The factory and training center started with 12 tsunami survivors, all women, and today Laga supports over 400. Laga Handbags were also featured on the Oprah Show April 13, 2010, as one of the companies that give back. His Dutch and Indonesian background has influenced his life decisions in many ways. He said he comes from a very high-energy, fast moving family always on the go and contributes it to his Chinese grandmother on his mother’s side. His 3 brothers and 2 remaining sisters (2 passed away from cancer) have successful careers and have done well in various fields. Combining that element with Dutch determination makes for a powerful drive to accomplish things. He has two platforms in Indonesia: 1) Help your own people and 2) Christianity. He maintains connection to his Dutch Indonesian heritage by being in Southern California, hub of large network of Indos. The AVIO club and other social gatherings keeps the flow of connection constant. His wife Louise is also of Dutch Indonesian descent. His favorite Indonesian food is gado-gado and satay, but with so many choices, it varies. He said he learned from experience and tasting that the quality of the nasi goreng (fried rice) in a restaurant sets the standard for the rest of the cooking. Take it from a savvy world traveler. The three most important things in his life are faith in God, family, and friends. It was clear that Roy is a man of great passion and energy as the interview went at a rapid speed full of information and splatters of laughter. His energy shows through everything he does and it was a pleasure to get to know him.